Bill Mollison highlights the significance of an edge within the natural environment. The edge between two ecosystems is the area where there is the majority of the productivity. The idea is to use the edge as an advantage, as resources from both systems are available to make the environment a more diverse space. In an environment where there is only one ecosystem and no edges bordering a different environment, the project will either fail to be successful or by manufacturing another envrionment it could be productive. "Successful and permanent settlements have always been able to draw from the resources of at least two environments." Mollison and Slay.

It is also possible for edges to be defined in smaller environments, for example a pond. Highlighting where one section begins and the other ends makes it interesting to effectivley plan how a number of species can live in the same area. The boundary (edge) can also act as a net to collect the elements that have drifted within the settlements due to other elements. 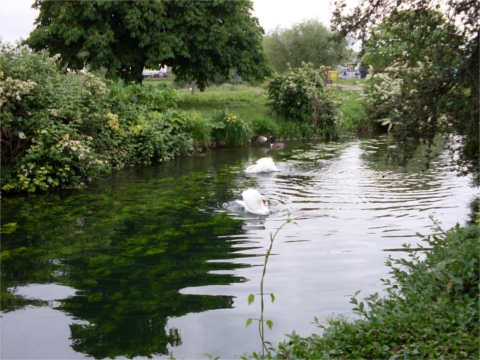