Micro-hydro schemes generate renewable electricity from streams and small rivers. The power can be used to generate electricity, or to drive machinery.

The power available in a river or stream depends on the rate at which the water is flowing, and the height (head) which it falls down. The vertical fall of the water, known as the “head”, is essential for hydropower generation; fast-flowing water on its own does not contain sufficient energy for useful power production except on a very large scale, such as offshore marine currents.

Hydro schemes are classified by the output power which they produce: Large scale - 2 MW and above; Mini - 100 kW to 2 MW; Micro - 5 kW to 100 kW; Pico - less than 5 kW, but the basic approach is similar for all. The core of a micro-hydro scheme is the turbine, which is rotated by the moving water. Different types are used, depending on the head and flow at the site. The turbine rotates a shaft, which is often used to drive an electrical generator.

Most micro-hydro systems are ‘run-of-river’ which means that they don’t need large dams to store water. The turbine runs a generator which provides electricity to the local community. As no dams required for this type of scheme, run of the river systems are a low-cost way to [produce power. They have the added advantage that there are not the damaging environmental and social effects associated with larger hydro-electric power schemes. These schemes have been used very effectively in developing countries to provide electricity to villages. 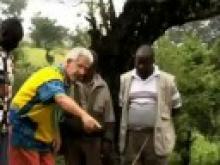 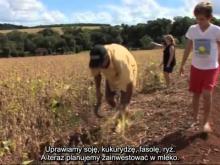 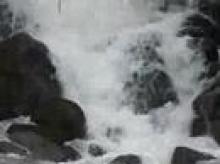