Ian McHarg was a Scotsman who spent the majority of his working life in North America as a professor of landscape design, a landscape architect and planner.

He was once asked by a group of local residents to support them in objecting to the route of a proposed road. In working towards a proposal for an alternative route, he came up with the exclusion method. The basis of his method is not to ask where something should go, but to identify where it shouldn't go.

A base map is drawn and a series of transparent overlays are prepared, each one mapping areas which are excluded for a specific reason.

e.g. In McHarg's original work on the road proposal, the subjects for overlays included:

When all the overlays are placed over the base map, any area which remains blank is "ideal", and areas which have the least constraints can be considered - if the blank area is not sufficient. The method can be used for placing new structures or plantings in the landscape, including: settlements, individual houses, farm buildings, new woodland and orchards. 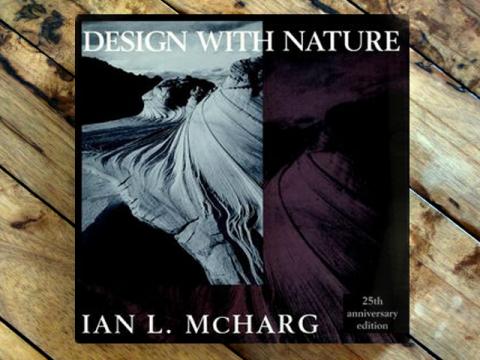